History of the Čachtice castle

The building of the Čachtice stone castle was connected with the Tatar invasion into Hungarian kingdom. Construction started in the first half of the13th century at the suggestion of King Béla IV. The castle itself was build by Kazimír from the noble House of Hunt-Poznan in 13th century. The King´s Castle was subsequently handed down in history in various ways – as a gift, as an object of purchase or by the taking over by force and fell into the hands of more aristocratic families.

At the end of the 13th century the castle was taken over by Matthew Czak of Trencin. In 1392 the castle was given to an important nobleman Ctibor from Ctiborice by King Zigmund of Luxemburg as a gift for his faithful services. After Ctibor´s death the castle was owned by his son of the same name until 1434.

At about this time reconstruction of the original castle began and it was extended by the big courtyard with a Gothic chapel. The castle was also surrounded by a rampart with walkways and battlements, commercial buildings, workrooms and with a tunnelled entrance. Rulers and also the Ctibors consistently ensured the castle was a fortress able to resist all enemies. Then, in 1436, King Zigmund gave the castle domain to Michael Országh de Guth whose family continued to take care of the castle. The castle remained in the hands of this noble family for 130 years and these owners also made several adjustments to it. The vigorous development of firearms in the second half of the 15th century promoted the building of another broader rampart with a wider walkway, resulting in an advanced fortified parapet with loopholes for cannon. When Christopher, the last descendent of the Országh family, died without heirs, the castle domain passed on to King Maximilian II – who in 1569 gave it into the stewardship of Ursula Kanizay, widow of Thomas Nadasdy. Her son, Francis Nadasdy I, purchased the castle from the King in 1602. After his death the property was inherited by his wife Countess Elizabeth Báthory – known as the Bloody Lady of Čachtice, although she lived in a mansion in Čachtice. After the death of Elisabeth Báthory there followed succession disputes among her children, son Paul Nádasdy and daughters Catharine and Anna who married George Drughet and Nicolas Zrínsky respectively.

Francis Nadasdy II was the one most engaged with the repair and changes of the castle. After the disclosure of Wesselényi´s plot involving Francis II, the King ordered the seizure of the castle and the property was confiscated. During the looting of the castle by the Emperor´s soldiers the castle was damaged. The confiscated property was accrued by the Royal Chamber which rented it to the noble Houses of Révay and Draskovich. In 1703 Houses of Forgách and Bercsényi became owners of the castle. After the castle was conquered in 1708 by the Kurucz, anti-Habsburg rebels led by Francis Rákóczy, the castle began to fall into neglect and it burned down in 1799. In 1765 it was acquired by the House of Erdődy, and in the year 1855 it was acquired by the Brunner family and in 1887 by the Springer family. From the short list of owners of the village, domain and castle it is obvious that many important Hungarian families resided here. Archaeological excavations prove that the Čachtice castle hill was already inhabited by people during prehistoric times. The village of Čachtice owns the castle today.

In 2012-2014 the static of the castle was secured and also for the first time archaeological research was done on the property. On 20th of July 2014 the castle was re-opened for visitors. 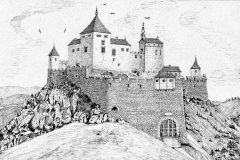 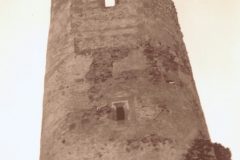 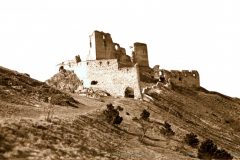 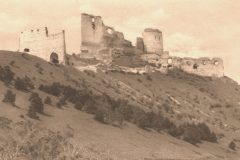 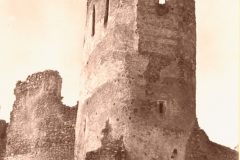 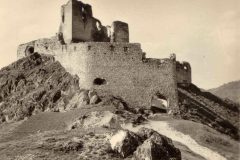 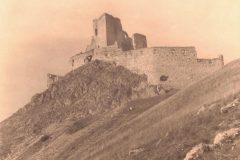 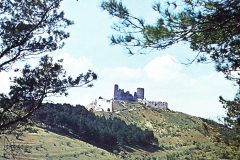 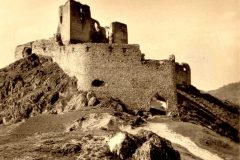 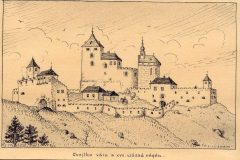 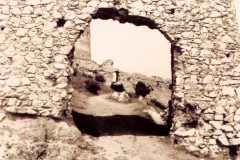